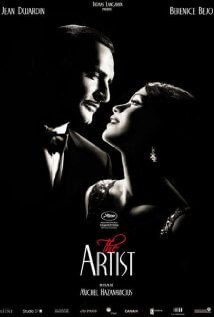 An appreciation of early film-making has resulted some notable new films. Following on ‘Hugo’, Martin Scorsese’s magical homage to Georges Melies, comes ‘The Artist’, Michel Hazanavicius’ engaging and loving rejuvenation of the black and white and silent film. Engrossing, witty (yes, a silent witty film!), warm-hearted, lyrical, deeply moving, and beautiful to look at, The Artist is a joy from begininng to end. Jean Dujardin and Berenice Bejo are utterly captivating as flawed hero and perky heroine and John Goodman steals every scene in which he appears. A brilliant conceit, flawlessly executed.

As Hazanavicius said, “It was important not think of [‘The Artist’] as an ‘old movie’. It’s now, it’s new. But you have the benefit of this neglected format which gives you some exciting options as a storyteller.”