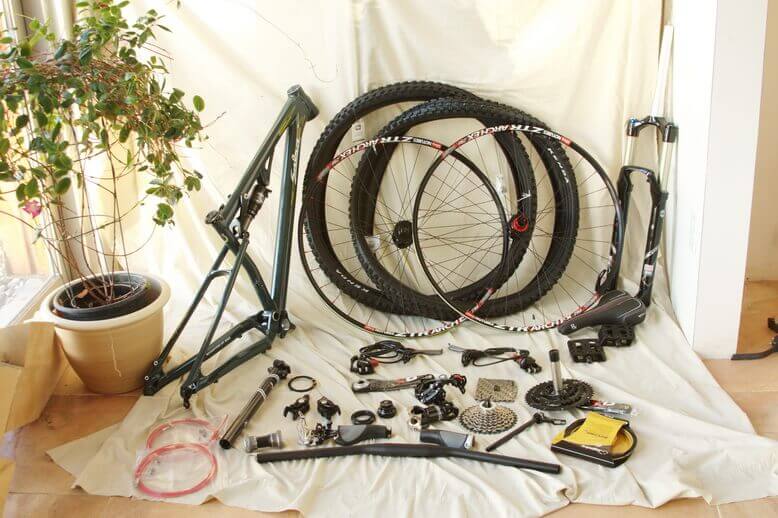 I wanted to build a mountain bike for trail and cross country riding. I rode on a number of different bikes, both 26 and 29s, to compare the ride and performance. I wasn’t going to race, especially not downhill. I wanted a “comfortable” bike. I wasn’t too sure what I meant by that but I found, for example that hardtails that I had ridden were “twitchy” to me, transmitting every rocky bump. When I rode a 29r I said, “that’s it!”, and I wanted a full suspension 29r.

I am not getting any younger nor any stronger, quite the contrary, so I wanted a light bike, anything but the battle tank weight of the full suspension Raleigh that I had been pounding along the trails for the past several years.

I started with the frame. I wanted the latest technology in 29r frame design, so a 2012 frame, not last year’s model.

From everything I had read about modern frames, I wanted a relaxed head angle.

When I put all those together, I found a 2012 model, a 6.5lb aluminum frame, with head tube angle of 68.6degrees, at a cost of $1,399. I followed the line across the page and read the name: Salsa Horsethief. It had been a matter of logic and not of color of tube, nor advertising, nor name salivation. I had never heard of the Horsethief.

So I read up on the salsa Horsethief. It was not even available at the time so I read the reviews of the pre-production rides and the descriptions fitted the conception of the ride I wanted. So Horsethief it was and I ordered the frame.

Then I researched a list of compatible components. They had to be lighter than the stock items in the Salsa build and of a higher quality but always baring in mind my age-limited ability. I had fallen in love with the SRAM components on my Jamis Endura II road bike. Great engineering (Double Tap) and excellent, reliable build quality. this led to SRAM XO drive train set and other SRAM compatible components. I also found a cheaper and lighter front fork, RockShox Revelation RCT3 Dual Position Fork 2012.

The other component that gave me a lot of trouble – other than finding a compatible headset, what a jungle head sets have become! – were the wheels. I wanted t go tubeless. Stan’s, no question. But none of their standard 29r builds had the requisite combination of hubs and axle sizes so I had to order custom built Stan’s wheels. And I am glad that I did. I never thought that I would salivate over a pair of such beautiful bike wheels!

Here is the complete list of components with weights – actual weights since I weighed them myself to an accuracy of 1 gram – and cost. 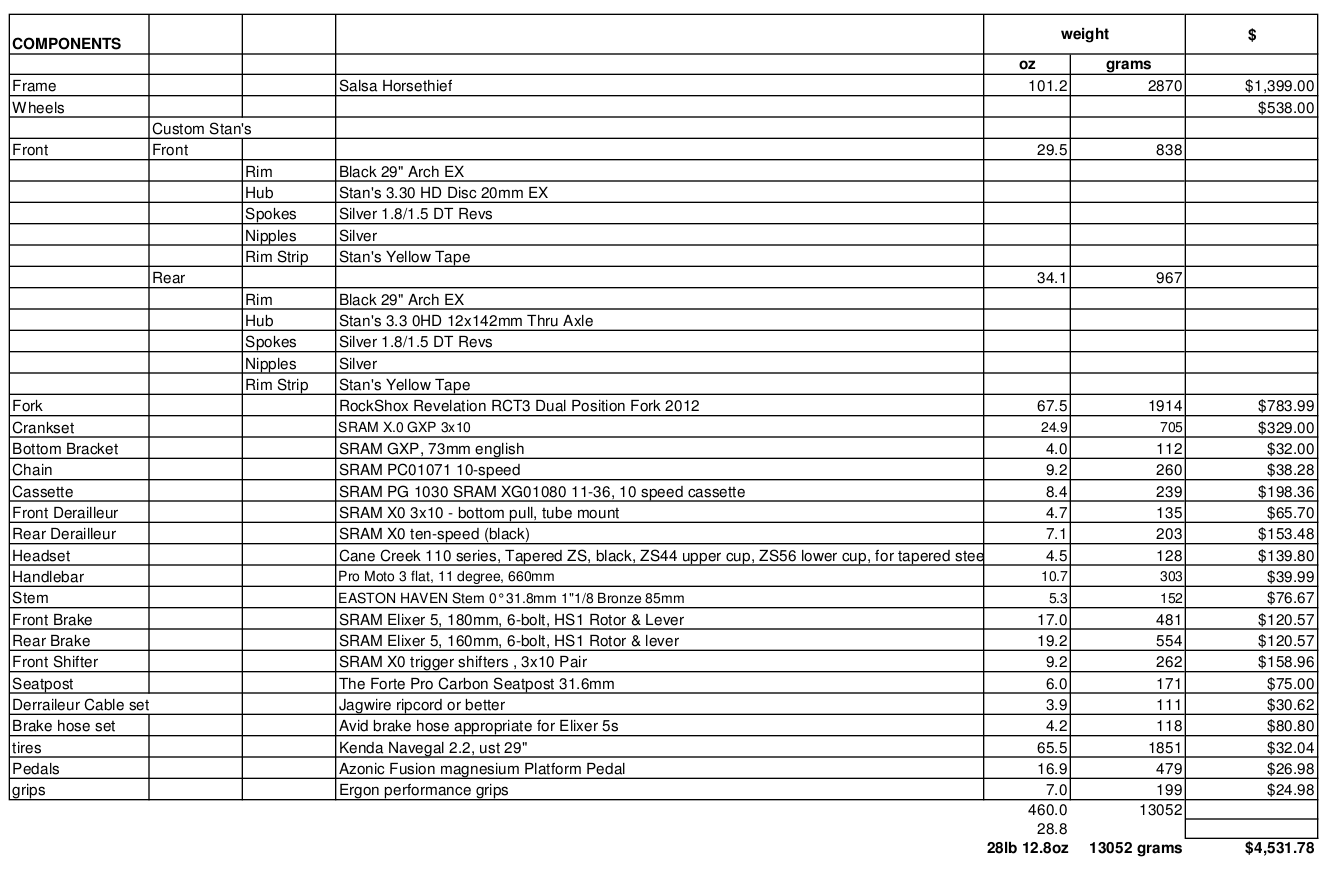 Finally all the components arrived and I had a bike in a box. 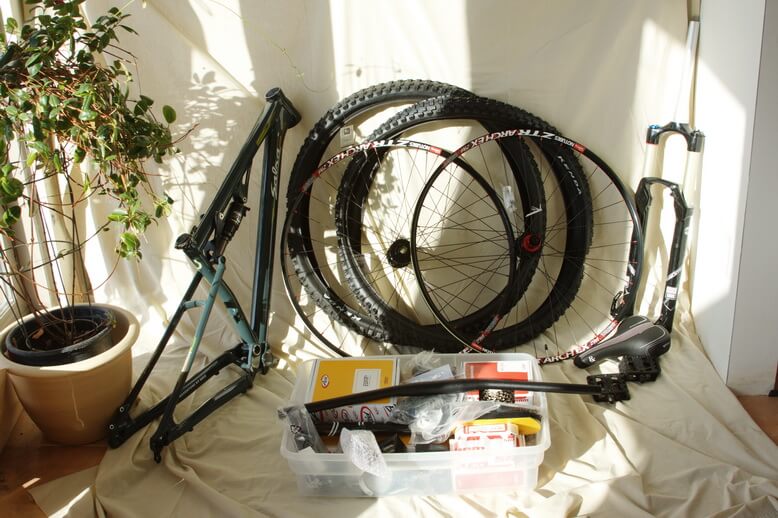 Bike in a Box