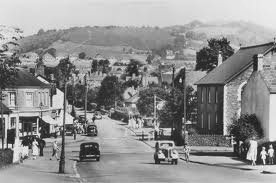 My first memory is of being underneath the dining table in our house in Rhiwbina and looking at my mother’s face which is close to me. It is a steel table. Years later I learned that it was a Morrison shelter, named after Herbert Morrison the then Minister of Home Security. This was an indoor steel ‘table’ shelter made from a kit of parts which were assembled and bolted together inside the house. The steel top doubled as a table. My second memory, linked closely in time to the first, is of looking out through a window and seeing smoke rise over the centre of Cardiff. As time passed these snapshots dimished as direct memories but I remembered that I once had those memories. As the passing years became decades I wondered about those brief snapshots; could they have been real? Could they be tied to actual events? 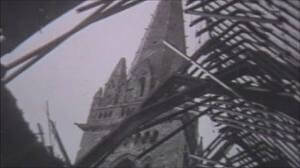 always intended to check on those first, fleeting memories. I climbed the stairs to the library reading room and started thumbing through the bound volumes of past issues of the Western Mail. And there it was. The last Luftwaffe air raids on Cardiff took place in May, 1943.